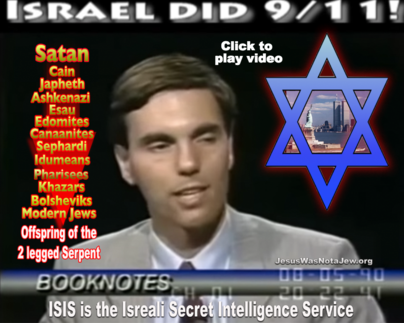 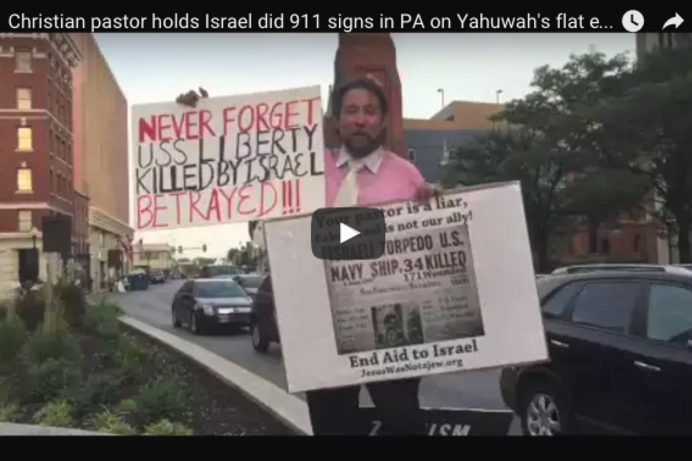 The House of Edom, Israel did 911, you can't refute this. Arrest the Jews and bring them to trial for treason against the USA and the United States Constitution. Let's end the Federal Reserve and shut down the House of Jewry, the IRS.

Brother Ernest is the only pastor in the region to tell the truth about the jews.
​Your Zionist pastor works for the communist jews to overthrow the United States of America.

This is your tax dollars hard at work.
Your pastor is a Zionist! 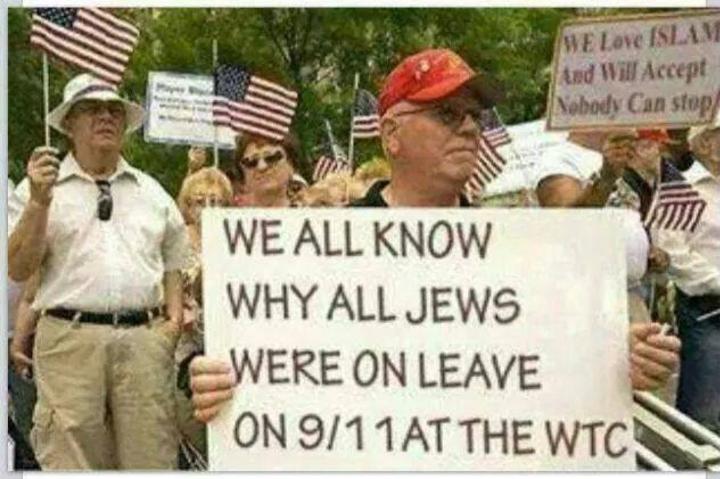 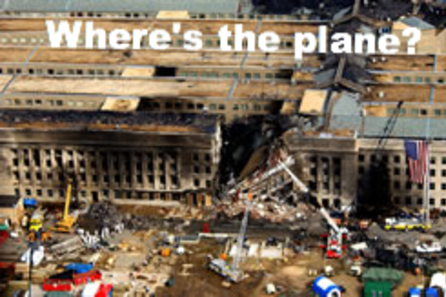 I received a revelation from the Creator directly when He appeared to me in the Commonwealth of PA State Capital building and told me exactly what I am to do. The worst part of waking up is that you continue to wake up. The truth sets you free, but wicked serpents would have you deny what you see with your eyes. Therefore, I preach with absolute boldness and authority. YHWH has called me to the office of a prophet. The majority of you will refuse what I present, however, to those who hear what the Spirit is saying, you will be awakened, and very quickly; for the time is short.   The United States has been completely overthrown. Fake-Israel owns this nation, completely. 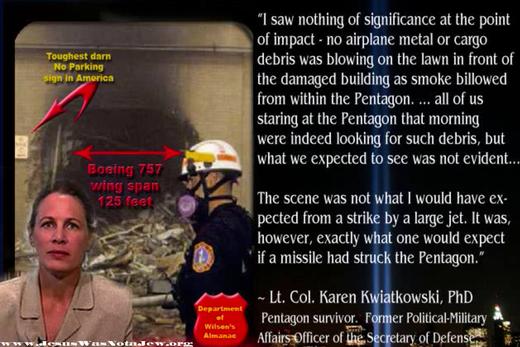 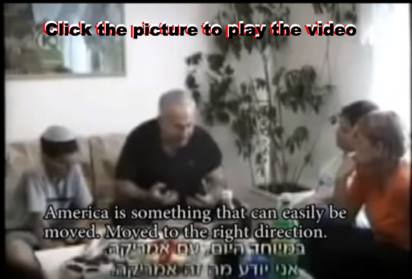 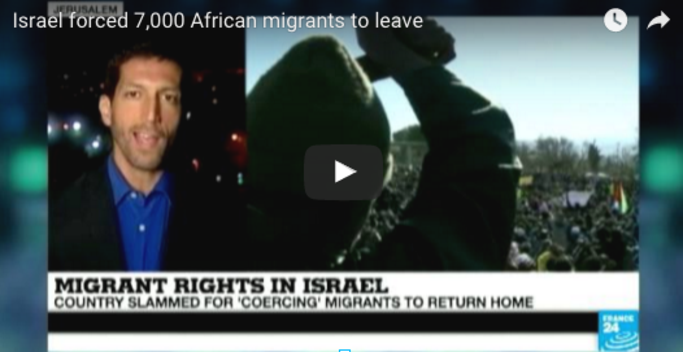 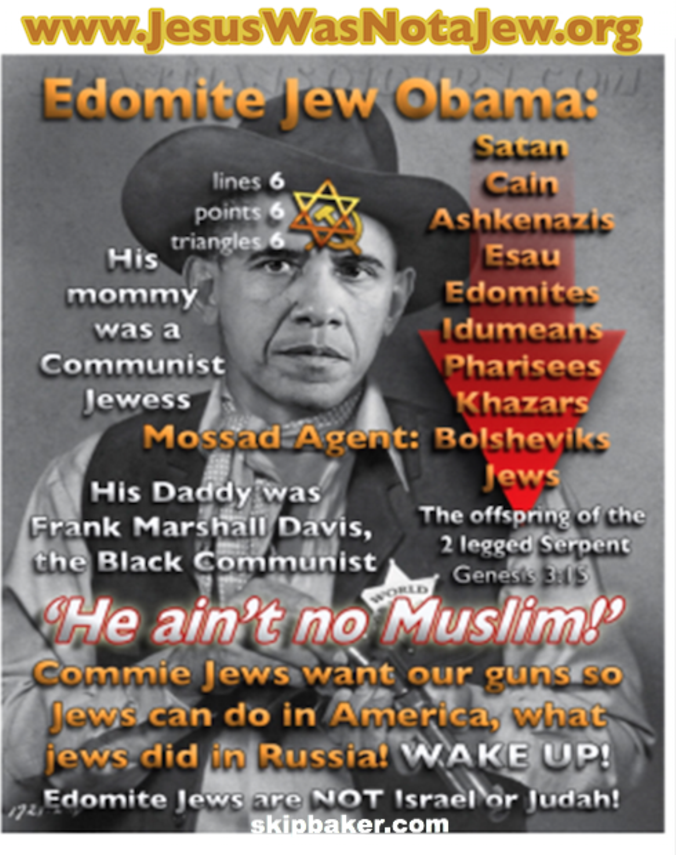 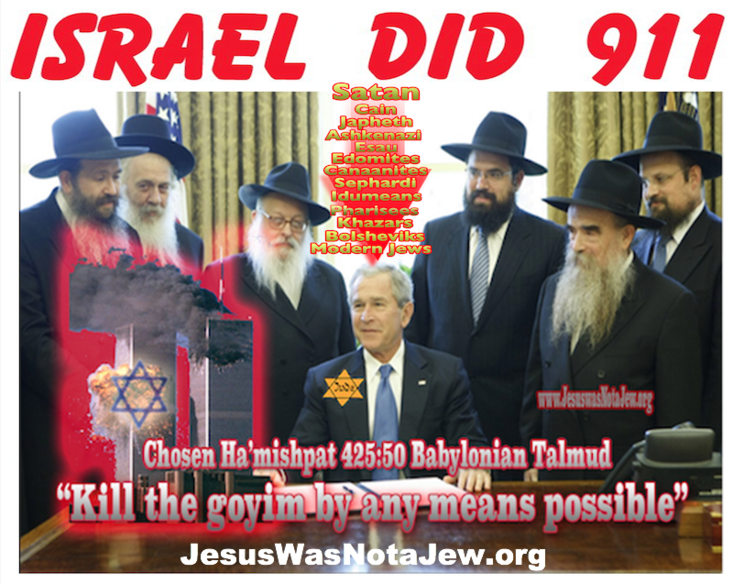 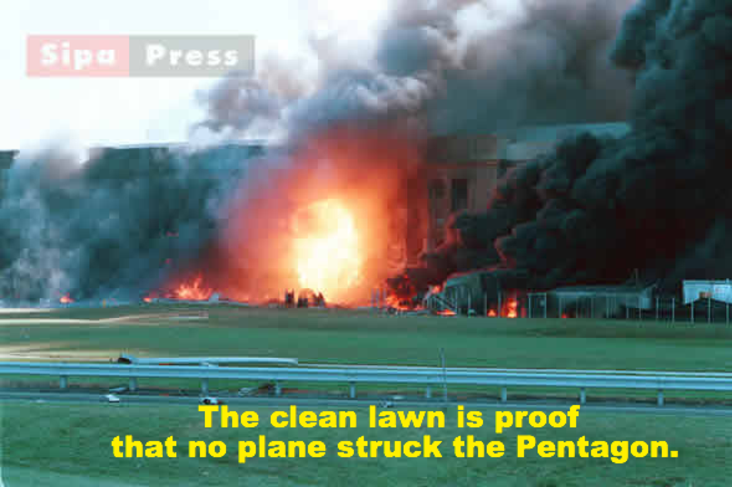 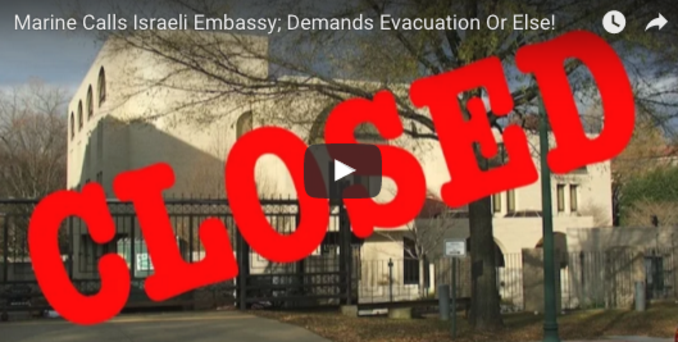 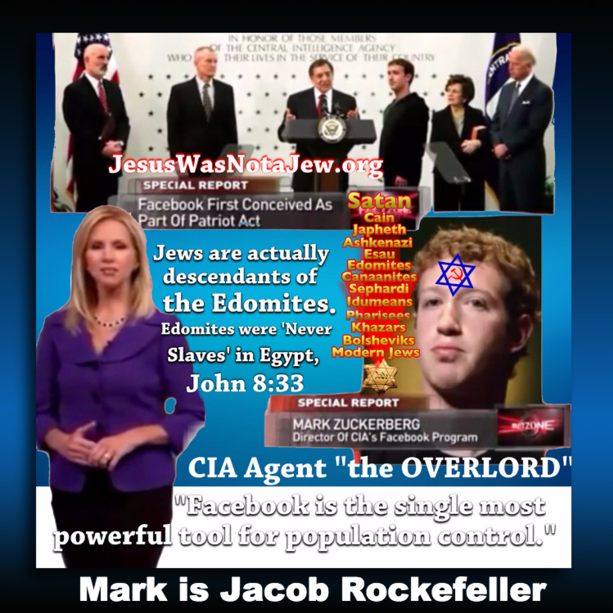 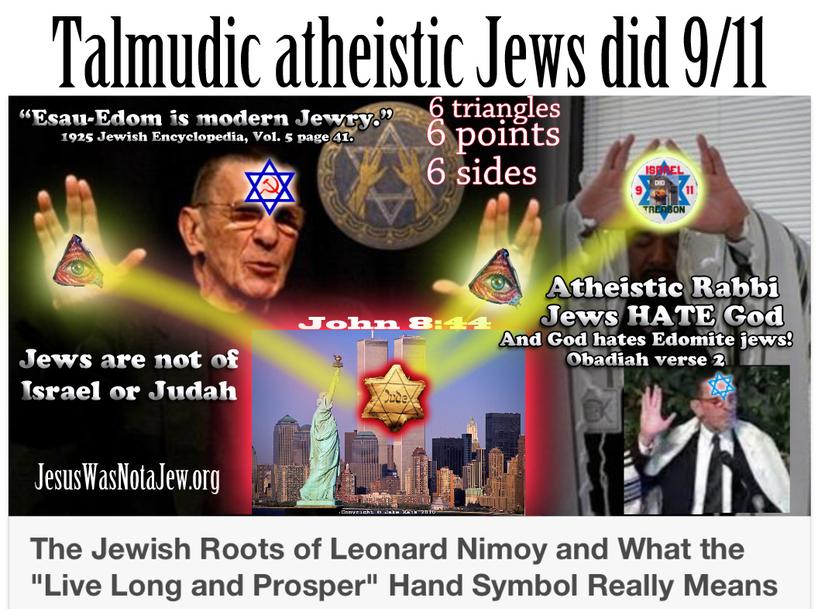 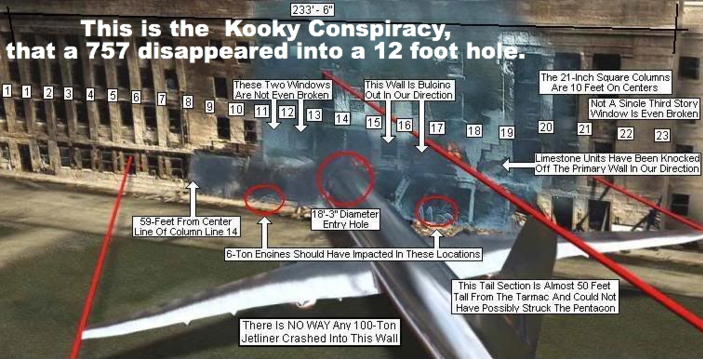 Ashkenazi jews are not Semites, they're Japhethites, Genesis 10:3. The jews from Sepharadi Obadiah 20, are not Semites, they're the Edomite jews Genesis 36:1-3.
These Sephardi became the Sadducees. They were constantly struggling with the Pharisees, the Ashkenazi. This verse in scripture proves that the Jews were 'Never Slaves' or in bondage in Egypt. This proves the Jews can't be the Hebrews enslaved by Pharaoh.
It's right there in scripture,  John 8:33, Your pastor is a lying communist traitor who is a Zionist, not a follower of the Messiah!
CLICK ANY PHOTO on this web page and you will be taken to a new page .

NO PLANE HIT THE PENTAGON 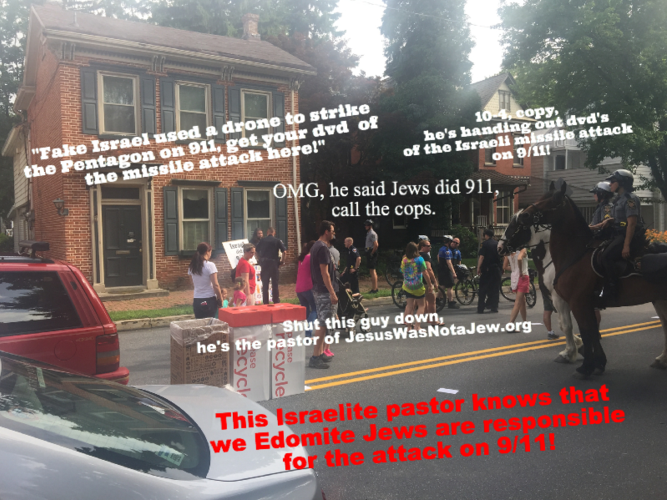 Satanyahu threatens the United States of America. He needs to be arrested, tried and executed by authorities for treason.

"Jesus" was not the Messiah's name. Our Messiah was not a "Jew!" The Hebrew Israelites were not aware of the French or English language yet, therefore, there is no 'j' in Hebrew. Ergo, Melech HaMoshiach Yahushua ben Dovid, ben Avraham, ben Yah could not have been Iesous.  The j letter was not invented until the 17th century by the French.  His name is translated as "Yahushua saves." For it shall come to pass that whosoever calls upon the name of                         YHWH will be delivered, Joel 2:32 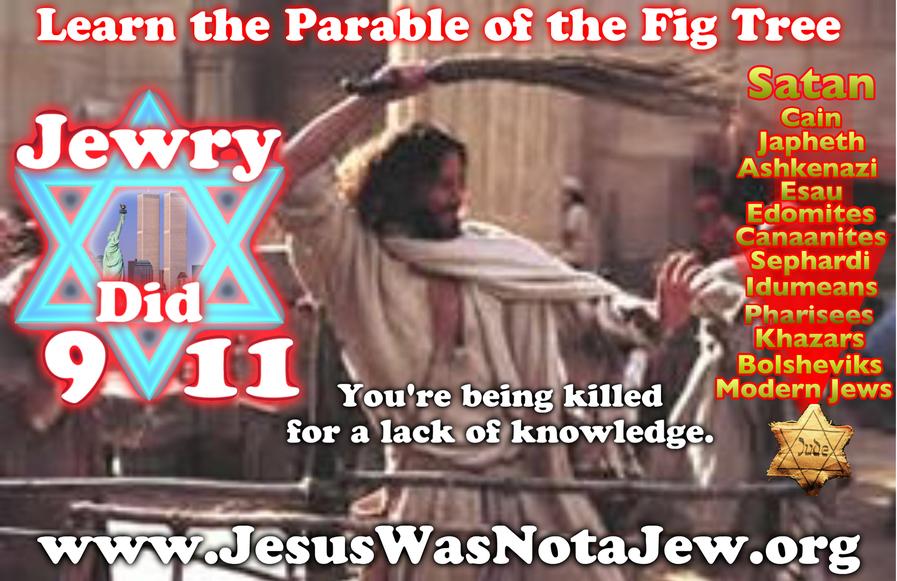 What is the Messiah's name? Proverbs 30:4 Who hath ascended up into heaven, or descended? who hath gathered the wind in his fists? who hath bound the waters in a garment? who hath established all the ends of the earth? what is his name, and what is his son's name, if thou canst tell?

Yahushua is the only heavenly Entity who is the fulfillment of the Name of YHWH.
'Jesus' is the greek word for of Zeus/Iesous.   Nowhere are we to call the Messiah by any other name than what was given by YHWH.That name is not "Hail-Zeus"/ Jesus.

All the other angels and messengers have the name of "El" for Elohim, which means gods or rulers, אֱלֹהִים. Gabri(el), Micha(el),  Rapha(el), Uri(el), Satan(el), or, any heavenly host, be it good or wicked is called "el" (אֱלֹהִים). Yahushua is the One and Only who carries our heavenly Father's Name. He is the beginning and the end, the Name that is above all names. The Messiah is our Kinsmen Redeemer. Names are important to YHWH. He is never to be  called  "Lord" or "lord."  Satanic jews have purposely translated the name of YHWH to "Lord" בַּ֫עַל which means Baal. Baal is the god of the Canaanites who are also the jews.  Jews hate the name of YHWH and they have removed His name over 6,800 times from the Holy Scriptures. Jews have replaced His name with "LORD" so that you would call the Messiah, "Baal."
​

YHWH's return is certain, for the Messiah must fulfill Obadiah 18, the destruction of Edom. Every eye will see our Kinsmen Redeemer coming from the SKY and step foot upon His flat earth, Revelation 1:7. Many Satanic Jews will wail as the Son has only come for His Kinsmen, of which none are the Jews. The fig tree is the Jew who will wither away while the  righteous shall shine like the stars forever. Thus, Revelation 7:1 will be fulfilled. Every knee upon this flat earth will bow the when He returns.  Every eye will see YHWH judge the world. This glorious day is ahead of us all. Fake Israel, or as Messiah called them, "the fig tree," aka Edom, the terrorists behind 9/11, put forth her wicked leaves by attacking the Christian Republic of the United States of America. Fake Israel must be judged! The Christian Republic of the  United States of America has fallen. It is time for His elect to awaken. The true race of Israelites are nearly extinct, thanks to two massive wars, WW1, and WW2. The hand of Jewry caused both wars. The jews are none of Israel's children. The Jews are the Edomite-Canaanites among us, they are the descendants of those from Mount Seir. Jews are not Semites, Hebrews or Israelites. 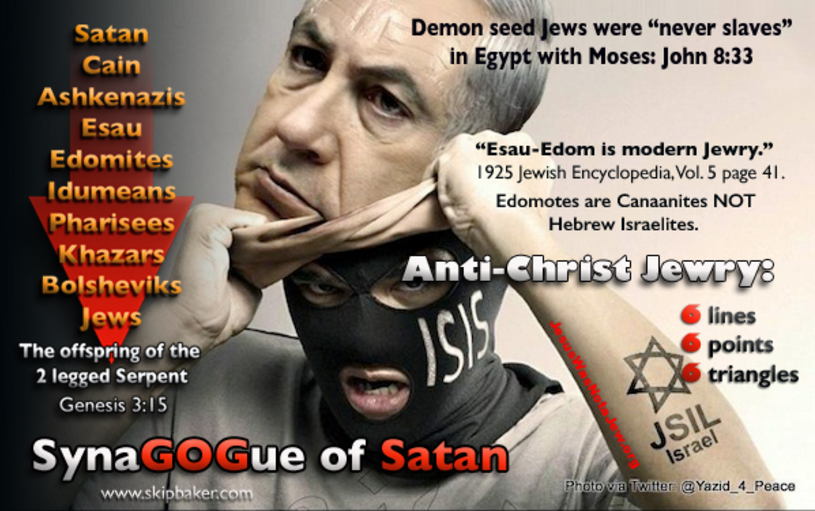 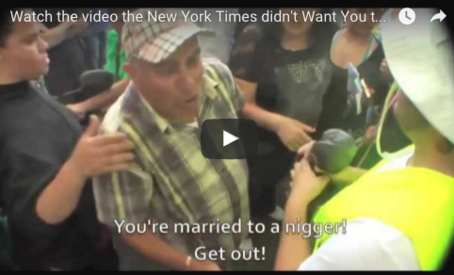 The whole world knows that Israel did 9/11! Here in America, we are punished for telling the truth. People are afraid of being an "anti-Semite," which jews are none of Shem's children. It's high time we stand up and hold these atheist Zionist jews and their goyim pastors accountable for their actions against YHWH Himself and against the Constitution of the Republic of the United States of America. 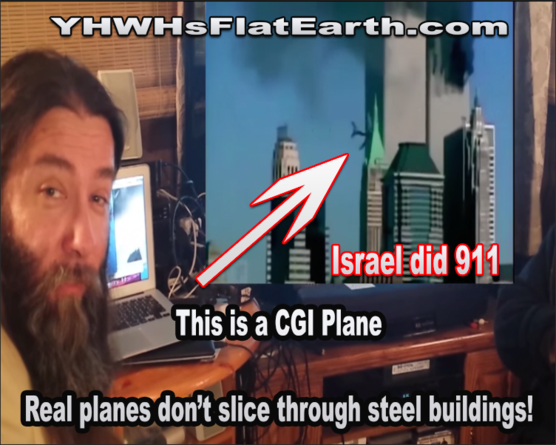 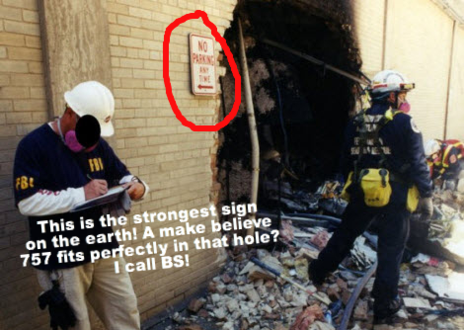 ISIS IS THE MOSSAD,

not ISLAM who was framed by the Rothschilds for committing 911.

Jews are the greatest racists of all time!

I risk my life by presenting this information to you. YHWH has set me free just as He promised in John 8:32.

​ There is enough information on this homepage  that will silence any Zionist. My goal is that you will be enlightened with heavenly knowledge making you perfect in Messiah. I will prove that the "Edomites are hereafter  none other than the Jews" (Antiquity of the Jews Xiii, Chapter 9, verse 1). YHWH's earth is flat and Israel is guilty of masterminding 911. I've literally been to hell and back because of this information. I'm not afraid.
Your pastor is going to have a very hard time rebutting this website, for it will expose the lies your being fed in your Zionist- house of filth,
​aka your church.

Fake Isreal, aka 'Edom' used a drone to strike Pentagon on 9/11 to destroy the servers. Donald Rumsfeld announced on 9/10 that the Pentagon lost $2.3 Trillion dollars. That lost money was never heard about again.

​ Passages from the evil Talmud:YALKUT 245 C "Extermination of the Christians is a necessary sacrifice."
The world is waking up and the jews know that they have, but a short time before the white race expels the parasite.
The Jews hate YHWH and jews hate the white race more than any race upon the planet. Their satanic Talmud commands your death in several passages. Zohar, Shemoth Tobshebbegoyyimharog - "Even the best of the Goyim (non-jew animals) should be killed" Soferim 15, Rule 10.  Chosen Ha'mishpat 425:50 "Kill the goyim by any means possible." Did you know that Jews call you a "goy?" That means an animal. Could you imagine if any Christian ministry in the country publicly said, "Kill the Jews" by any means possible? The outrage from the Jewish owned media would be never ending. Yet, these satanic Jews can get away with calling us "filthy animals." Schneerson came into our children are whores and we should die..." Jews hate orthodox Christians who know what Christianity truly means.

You must awaken immediately, our nation is overthrown. I became an atheist since the church had become 'jews' by religion.  Nothing about these lying-warmongering churches in our communities makes historical sense. They're laying up treasures through tithes and offerings while the white race is being killed all over the Flat Earth at this very moment. Pastors are guilty of the murder of millions of people by not teaching the truth. Ernest, it is about 'love...' It's about reaching the community... Yes, they're right. It's about the Zionist churches reaching communities since every family is worth 10% of their income. Pastors are not telling the truth and so our children sign up the military to die for Israel's benefit. These churches are sending your children off to war to be killed by supporting Israel. Convert Christians and Muslims are also being murdered thanks to U.S. taxpayers who must hate the Messiah. Without a doubt, these lying pastors actually hate the Messiah by supporting Edom/ Fake Israel. Our nation is overtaken by evil communists who foster hate toward Him and His followers  America has fallen, Christians are in danger.  Our rights are being taken away by Government staged events, San Bernadino Shooting hoax, Sandy Hook hoax, Boston Bombing hoax, the Planned Parenthood shooting hoax. All of these school fake shootings are used to take away our firearm rights.
These lying pastors have forsaken all sound doctrine. ​I dream of the day that these lying pastors will be drug out of their houses and whipped openly as in Rev 17.
​
The church is drunk with Zionist Jewry. We defend the historicity of the Holy Bible against Messiah-hating atheist-jews and their lying shabbos goy pastors and atheist group leaders. Many pastors are atheists.  We take a public stand against atheistic-Zionism and the terrorist state of Israel. Israel is 'ISIS.' Isis is the Israeli Secret Intelligence Service. At JWNAJ Ministries, we will not incorporate to be bridled by the IRS. Your pastor is bridled by the devil with his/her 501 (c)(3). In just 50 years the doctrine of the church changed.
​America has fallen and the return of YHWH is eminent.

The U.S. has been funding Israel for 50 years. The nation is $212 trillion in debt and Every American born owes $60,000.00 + to Rothschild's-Satanic-Babylonian system. If Israel is Israel, the U.S.A. has been cursed by the Jews! The law of reciprocal giving in Luke 6:38 has not occurred. The USA is cursed, "give and it shall be given unto you, good measure, pressed down, shaken together and running over, shall men give into your bosom: for with the same measure that ye mete withal, it shall bee measured to you again" What have we received? Debt, job loss, slavery via taxation, our sons and daughters killed?  Nearly every American violates the Word by borrowing from ruthless bankers who charge aggressive interest. Our lives are trapped in debt for disobeying YHWH. This is a commandment, "Ye shall lend to many nations and shall not borrow," Duet 28:12  How many so called "Christians" follow His Law? How many credit cards do you own? You are borrowing at interest rates that are abusive and you're in violation of Dueteronomy 28:12.