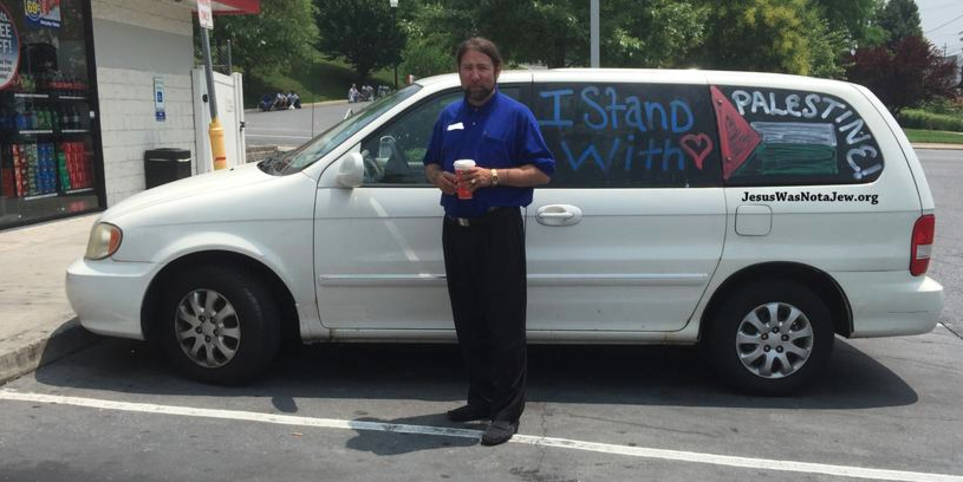 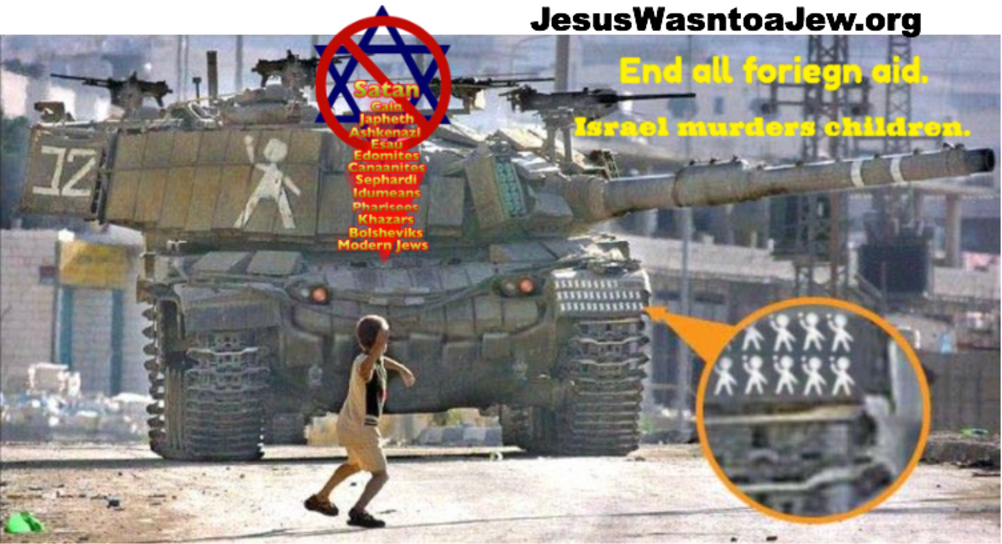 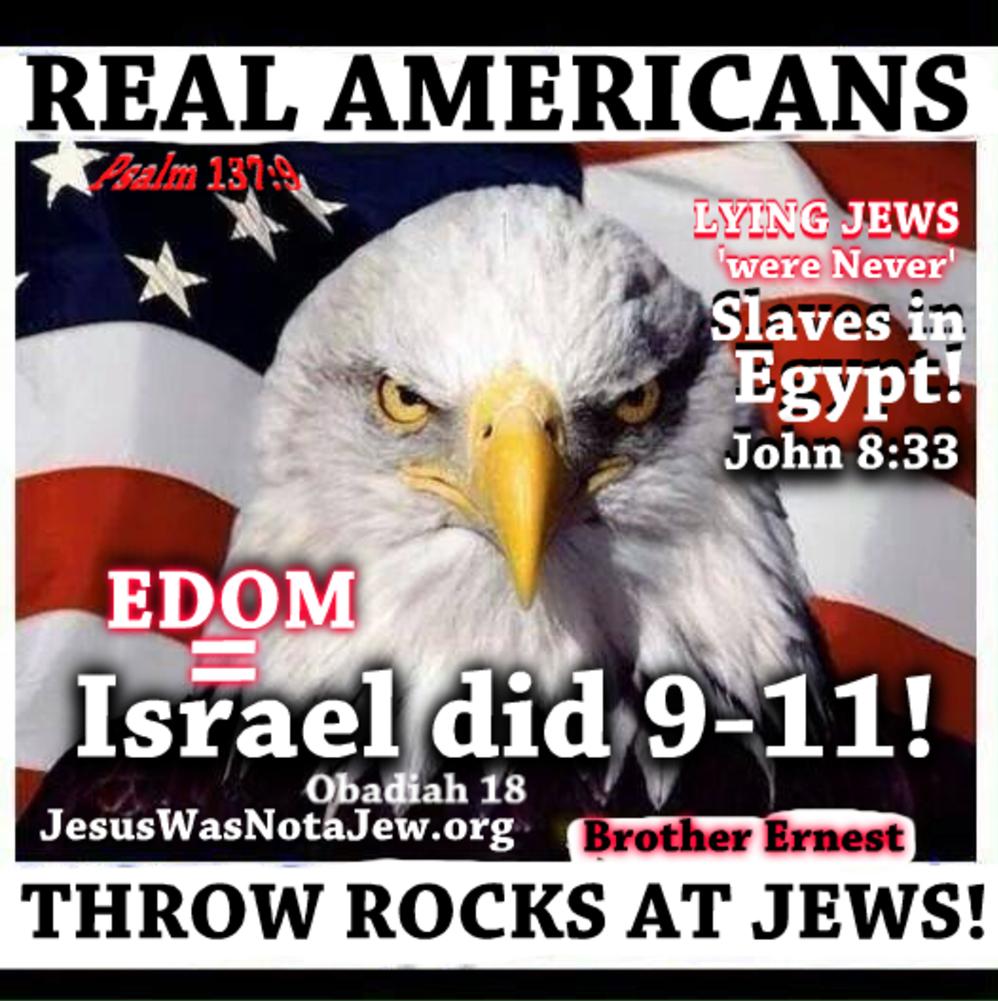 This is a daily scenario for Palestinians under an illegal occupation that is being funded by the United States of America. For your information, any taxes that you pay to the United States Government during an illegal war is illegal. The wars we are fighting now are illegal since it was not Muslim countries that attacked us on 911.When our tax dollars are being used to fund terrorism, we are committing murder. When you pay your taxes to an occupied government e.g the United States, you're giving Israel the right to terrorize Palestinians and Americans, not to mention Aghanistanians, Syrians, Iranians, Lybians... It is without a doubt, the United States is the new Palestine. Anyone with half of a working brain can clearly see that it was Israel who did 9/11. Israel attacked the United States with weaponry supplied to Israel by the U.S.  Paying taxes to the U.S.A., during an illegal occupation is treason! Let that sink in for just a moment. You the taxpayers have the blood of innocent Palestinians, Syrians, Aghanistanians..., who are Muslims and Christians upon your hands. May YHWH have mercy upon us.

Do the Jews have a right to Palestine? Let's find out. According to Josephus, in the Antiquity of the Jews, Book Xiii, Chapter 9, verse 1, "They Edom were hereafter no other than the jews."  Jews are the Edomite Canaanites who were in Edom until 125 B.C. The Edomites were allowed to join Judea by Saxon, John Hyrcanus 2. They were allowed to join by being circumcised. However, 900 years earlier, King David spent 6 months in Edom killing all of the male Edomites in 1 Kings 11. Jews actually have a right to a territory or a land in Edom!

I want to address the case of 'who is a Semite?' Jews joined Judea 40 years after the first Saxon Hanukah, far too late to have written any the Old Testament. No prophet of old was Jewish, they were not Ashkenazim or Sephardic. None of the Prophets, Priests or Kings of Israel were Edomites. Not a single Israelite were any of Japheth's or Cain's children. Jews have no right to Palestine, but every right to Edom, this is where the hooked nosed Edomite-Canaanites are from.

Just so you know, the Ashkenazim are none of Judah, they're the Japhethites, see Genesis 10:3. The Ashkenazim being the Pharisees who brought the Talmud from Babylon while the Sephardic were the Sadducees from Sephardi. In Obadiah 20 the Sephardiarethosewhodrave away Judah.

Semites are those who show blood in the face. We Semites are Caucasians.

Edomites joined Judea in 125 B.C., and Saxon King Hyrcanus 2 who was not an Edomite by race or religion allowed them to convert. 4 years later the Edomites assassinate John Hyrcanus 2. Technically speaking, Palestine belonged to the Saxons who were driven away in 745 B.C., by Assyria into the Caucus mountains. 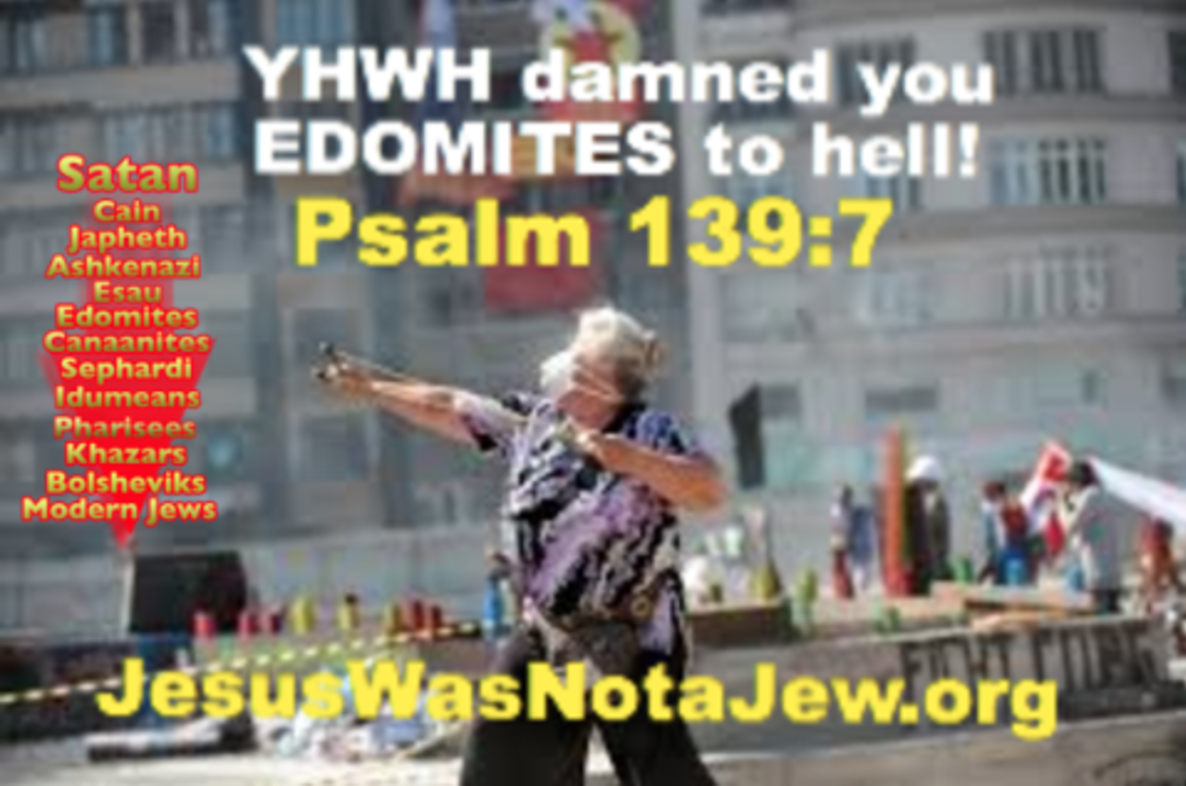 Watch this video and ask yourselves if each of you wouldn't throw rocks at Zionist jews who were invading your home?

JERUSALEM (Reuters) - Israeli cabinet ministers approved on Sunday legislation aimed at imposing tougher penalties on stone-throwers, a measure that stemmed from a wave of Palestinian protests last year in occupied East Jerusalem.
A draft law that won preliminary parliamentary approval late last year allowed for sentences of up to 20 years in jail for throwing a rock with the intent of causing bodily harm. But far-right politician Ayelet Shaked, Israel's new justice minister, complained that far lighter punishment would probably be handed down because of the difficulty of proving such intent, especially in cases of stone-throwing in mass street protests.
On Twitter, she announced that a ministerial committee approved her proposed amendments, which included an additional tier of 10 years' imprisonment without the need to prove an accused rock-thrower intended to harm anyone.
Currently, legal officials said, prosecutors usually seek sentences of no more than three months in jail for rock-throwing that does not result in serious injury.
As a result of the legislation committee's decision, the amended draft law can now be fast-tracked through parliament, where Prime Minister Benjamin Netanyahu's government controls 61 of its 120 seats.
The original legislation was promoted by Shaked's predecessor as justice minister, centrist Tzipi Livni, after a wave of violent Palestinian protests in Jerusalem in 2014 that included frequent stone-throwing at the city's light railway.
Those demonstrations erupted after the kidnapping and killing of a Palestinian teen in the city in July. Three Israelis are accused of murdering him in revenge for the deaths of three Jewish teenagers killed by Palestinian militants in the occupied West Bank.
Confrontations between Palestinian youths and Israeli police routinely degenerate into violent clashes and stone throwing in Jerusalem and across the West Bank.

God damned you Edomite Jews to hell and this rock will take you there!

"10 minutes to gather what you can carry,
get the hell out of your home or you will be killed,Sincerely, the Edomite-Canaanite Jews.
We are the children of the Devil!"

Up to 20 Years  in prison for Palestinians who throw rocks at Zionist-Edomite jews in tanks!

Palestinians could be jailed for defending their homestead against Zionist-Jews who are driving tanks destroying homes under an illegal occupation.
This occupation is being funded by the United States of America under extortion by fake Israel. Dear Zionist Christian, I would like to ask you a very serious question since I believe that the United States of America is the next Palestine.

What would you do if Zionist-Jews called your phone and left you a message, or text messaged your number saying, "You've got 10 minutes to gather what you can carry, you must leave right now or die." Think about that for just a moment. Wouldn't you do what the Palestinians are doing to defend their homes? Mind you, Israel has made it illegal for Palestinians to own firearms. Were I in their shoes, I would throw anything I could at the Jews to save my home and family. I would  be the first to kill any Edomite coming to kill me or take my home!